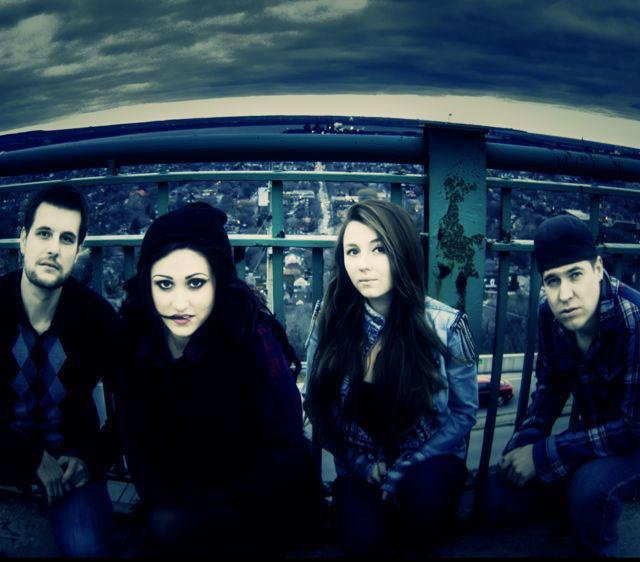 The Hammer Antics are a rock band from Hamilton, Ontario, formerly known as Jelle. The band features Michelle Owen (lead vocalist)—who has a voice that can be compared to No Doubt’s lead singer Gwen Stefani—Jeff Rinne (guitar), Simon Kiela (bass), and Jenna Rovinelli (drums).

The band released a six song, self-titled EP on June 1 which is their first release under the name The Hammer Antics.

The EP is made up of a collection of songs that are full of energy, but also full of emotion. You can hear the rawness in some of the tracks.

The band has a way of making you want to sing along whether it’s to the upbeat “Sneakers”, or the darker of the album, “Kiss of Death”. Each song gives you a slightly different side of lead vocalist, Michelle Owen’s voice, and the bands unmistakable talent.

One single has been released from the EP, which is their song “Courtney Love”, and if I do say so myself, the lyrics in this song will keep you listening.

All in all, the EP is great. It starts strong and ends just as strong. I would highly recommend giving this band a listen, you won’t regret it.