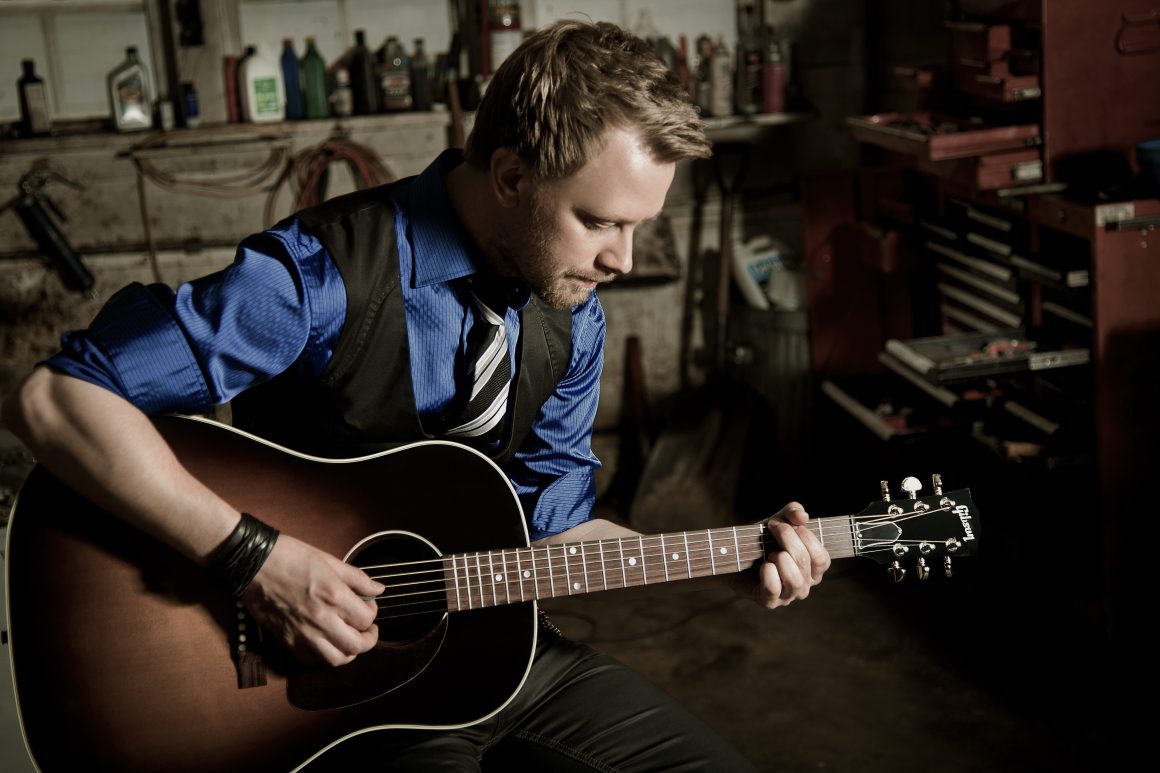 Codie Prevost is a country music artist from Saskatchewan, and was a 2011 and 2012 Canadian Country Music Award (CCMA) Rising Star nominee.

I was brought up on Country music, as that is what my parents listen to, so it holds a special place in my heart, so I was very excited to do this interview with Codie, and really enjoy his single “Last Night All Day”.  It’s a catchy song with great lyrics.

So Codie, let’s start off with the basics, you are from a small town in Saskatchewan, how did you begin to get involved in the music industry?

CP: I was influenced at a young age from watching my mom and uncle entertain with their guitars at family outings. For me it was amazing how they could bring so much joy to people with just a voice and an acoustic instrument. At the age of 14 I took my moms guitar down to my bedroom and started teaching myself to play. When I entered into high school, Three of my friends and I started a punk rock band and would perform for other students every chance we got. I even recall building a stage at my farm and putting on a concert one weekend during the summer months.

Things changed when a close uncle of mine past away suddenly. He was from Calgary and he loved Country music and was very passionate about it. We made a trip to Calgary to attend his funeral, I was about 16 at the time. I had been working the previous summer on road construction and had saved up some money to buy a better electric guitar. When I walked into the music store in Calgary somehow I was talked into trying out a Takamine Acoustic guitar instead of an electric. With just one strum I ended up buying an acoustic guitar and have been playing Country Music ever since.

I started entering talent contests all over the province of Saskatchewan and along with that started writing my own songs. This led to performing at various community concerts. I entered a talent contest in Zenon Park, Saskatchewan and performed 2 of my original songs. After the show a man approached me who said his name was Alain Leblanc. He had been working in a studio with a friend of his Rory Gray just down the road in Aylsham and was wondering if I would be interested in coming to record and write at the studio. We started writing and recording every couple weeks and finally I asked Al to manage me.

Al started booking shows and I started performing every weekend in bars, halls, pretty much any type of event you could imagine. It was a great partnership. After a couple years I wanted to record an album. Al and I put together a business plan went to a group called Community Futures and I took out my 1st small business loan to record my debut project entitled “The Road Ahead”. During this time I kept performing and writing and touring as much as I could. From then on everything kept progressing to where I am at now in my career. It’s crazy to think back to where it all started!

CP: One of the biggest highlights of my career for me was when my hometown of Archerwill, Saskatchewan put up a sign on either side of town reading “Home Of Codie Prevost”.  It’s such an honor! The other one that comes to mind is being nominated 2 times for “Rising Star” at the Canadian Country Music Association Awards in 2011 and 2012. As an independent artist I am so thankful for these opportunities.

Growing up I listened to a lot of country music, as I already stated, the first song I remember being absolutely addicted to was “Achy Breaky Heart” by Billy Ray Cyrus, followed by “Chattahoochee” by Alan Jackson, is there one song that made you want to pursue country music?

CP: I would have to say “I’m In A Hurry (And Don’t Know Why)” by Alabama, this song was very addicting along with “Jukebox Junkie” by Ken Mellons. So many great songs when I think back.

I saw on a previous interview that you did, with SaskMusic that you would describe your style as Country with an edge, I would have to agree, as your music seems to have a rock edge, what musicians influence your style?

CP: I found myself over the years really connecting and being influenced by Keith Urban, Train, Augustana, and lately Matthew West. These artists and bands have such amazing material and are so  talented. There is sure a lot to learn and that is the best part of music. The learning never stops!

On your album, “Get Loud”, you have a mixture of emotions going on, from fun and upbeat to heartfelt, encouraging songs, such as “I’m Okay”.  Where does the inspiration for your songs come from?

CP: The album does have a variety of different themes. There’s one song I wrote for a friend of mine who was having a tough time dealing with the loss of her brother. It’s called “I’m Okay”. I have had really good reaction from this song and I’ve received numerous emails from people telling me that the song has helped them thru tough times. As a songwriter that means a lot to me.

You were recently part of a benefit concert “Imagine No Bullying”, how did that go? Do you want to say anything to anyone that may be going through a tough time with bullying? (OR you could explain why you wanted to be a part of this benefit)

CP: It is just so sad to see all the cases of bullying going to such extreme levels these days. It”s hard just to sit back and not do anything about it. I am so thankful that they asked me to be a part of the anti-bullying campaign and would love to keep being a part of these events. It’s important to try and make a difference.

Who would you love to have the opportunity to work with (whether it be to tour with or collaborate with?)

CP: Would love to be able to do a song with Keith Urban. I really look up to him and his live show is amazing!

When can we expect a new album? I hear it may be coming soon.

CP: Yup just putting the finishing touches on it. Should be out early 2014. Sure can’t wait to get it out but there is so much planning that goes into putting all the pieces in place!

In your opinion, what role does social media have in the music industry?

CP: Social media has changed the world of music I believe for the better. It makes it so much easier for indie artists to have a career and do music full time. It gives the artist a chance to have a one on one conversation with fans and truly engage with them!

Now that we have covered the background and the basics, I have a few random questions that I’d love to know the answers to.

CP: I remember learning “Down On The Corner” by CCR.  It has a very simple guitar part on the intro. I remember being so excited to be able to play it!

What are the top three songs you are currently listening to?

If you are not playing music, what could we find you doing?

CP: Fishing, Fishing, and Fishing lol. I love getting out on the water or ice and just relaxing. It’s the next best place to be besides the stage!

What’s one thing that your fans would be surprised to know about you?

CP: I actually like to cook! Pad Thai is my specialty.

Now, if you’ve seen any of the previous interviews, you know I like to include a THIS OR THAT portion, so here goes:

CP: Pepsi for sure

CP: Dogs. I have two of them

CP: I like getting up in the mornings it’s so peaceful, no telephones and no noise, just time to relax and get focused!

Now, to bring this interview to a close, is there anything you would like to say to your fans?

CP: Thank you all for your support!! You guys give me the chance to do something I love and I am so thankful for that. I cannot wait to share my new music with you all!