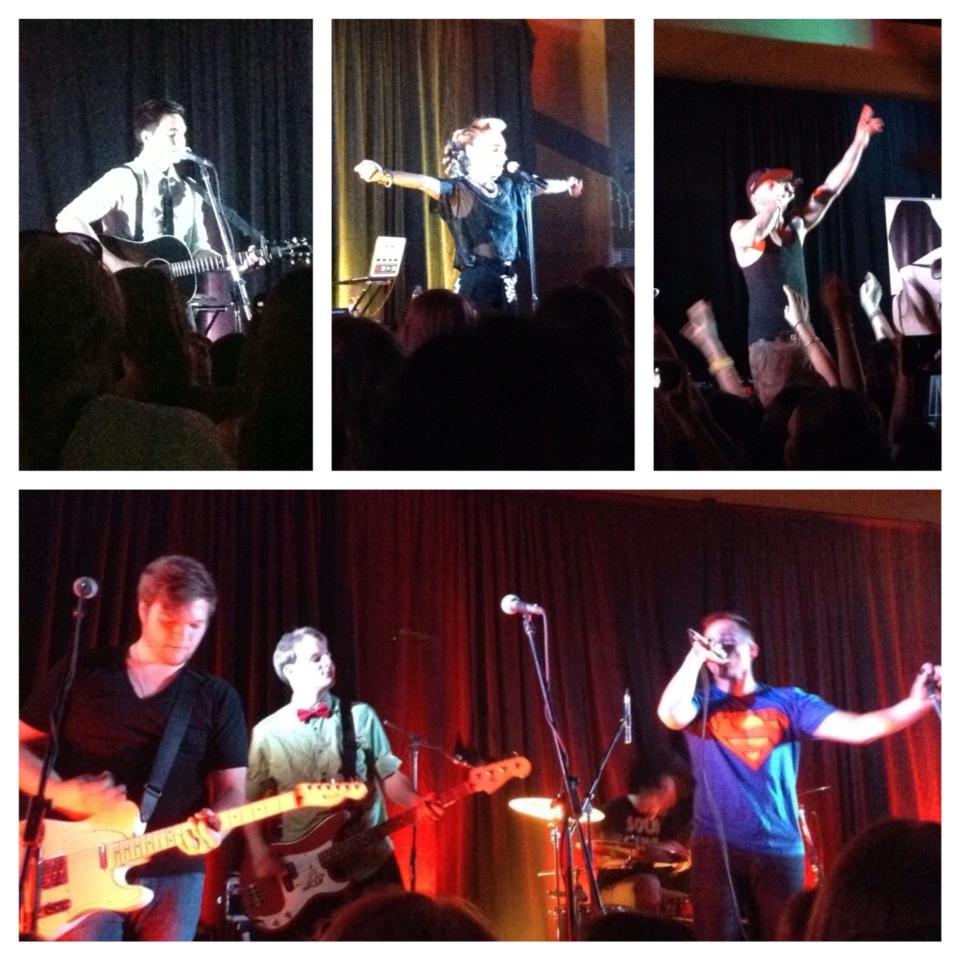 June 21st may of been the first day of summer but it was also the St. John’s date of the Pop Da Rock tour featuring DJ JO, RocketRocketShip, Tyler Shaw, My Name Is Kay and Karl Wolf.

Now, I wasn’t much of a fan of any of the other acts but I headed down to support my friends in RocketRocketShip. They kicked off the show with a high energy performance as per usual. Complete with glow sticks, beach balls and even a Marianas Trench cover. After just releasing their new single, Here’s To Us, it was awesome to hear the crowd reaction to it and everyone singing along with them.

Next up was Tyler Shaw, who came out with just an acoustic guitar. He played a few covers and two of his singles. Not knowing much about him, I was surprised with how much I liked him. He’s got a great voice and I heard he was a really nice guy too. DJ JO came on between sets to keep the crowd energized. Both My Name Is Kay and Karl Wolf put on great shows as well.

After the show, all the performers stuck around so that anyone who wanted to meet them, get an autograph, or get a picture could. I was one of the very last people to leave and by that time they had met everyone who was there.

Here’s a video from the show of RocketRocketShips new single Here’s To Us: