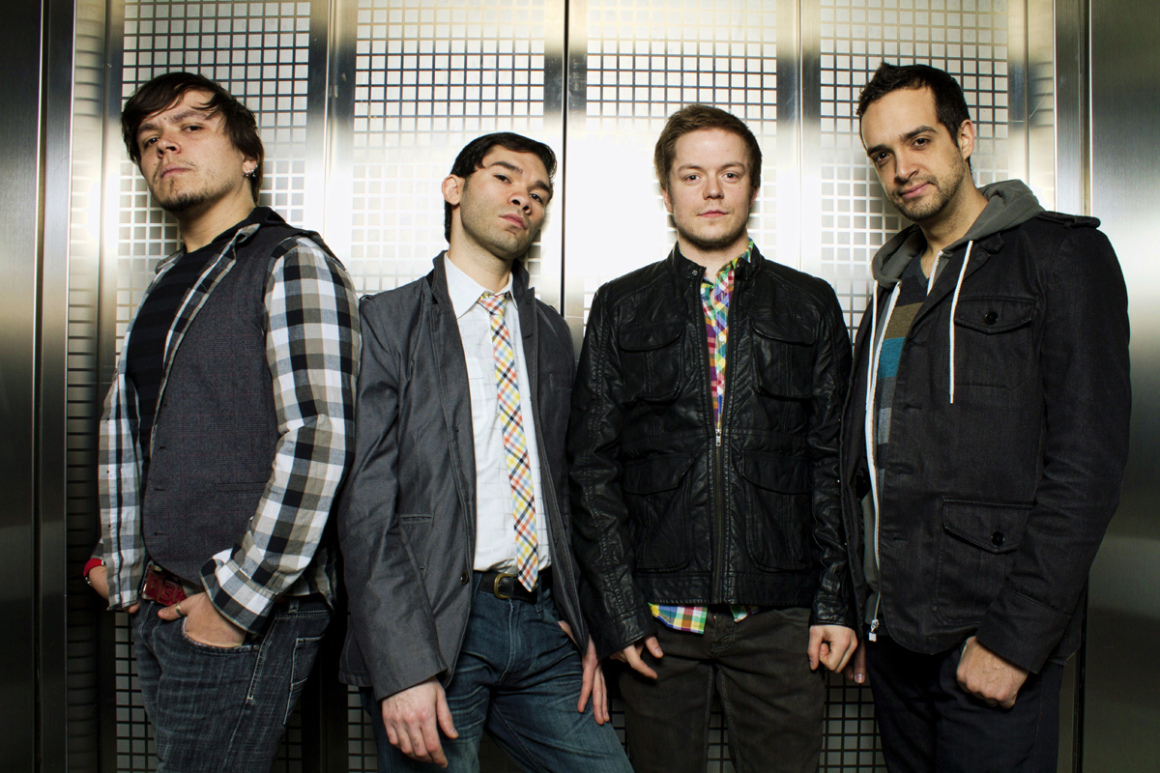 Benhur’s first album, Tryst, which was released in 2008, was recorded and mixed in a home studio with a different set of musicians. The EP has earned the band some success, including mainstream radio play, and some big festival appearances.  By 2010 the originator of the band, Ben Nissan, was looking for something more. He found that something.

Instead of recording another basement record, they recorded at Metalworks, a world class studio located in Mississauga Ontario, and have teamed up with veteran engineer and producer, Ian Bodzasi (Sum 41, Nelly Furtado, Sam Roberts) who has been helpful in translating their energetic live sound to record.

Benhur’s new album Between Flower and Hive will be available on iTunes June 25.  The new album represents a broad range of emotion and are brought together with Nissan’s lyrics and remarkable musicianship of his bandmates.

So, I hope you’re ready for the release of Between Flower and Hive,  and the tour that will come with it!

I’ve been given the chance to ask them a few questions through a virtual interview, so let’s get to that!

First off, I want to ask how you chose the name Benhur for the band?

BH: Everyone calls me Ben, but my first name is actually Benhur. One day I woke up from a dream where I was playing to large crowd that was chanting “Benhur-Benhur-Benhur”. As I lay in bed thinking about the dream, my mom called and said “I’m on my way to work and I just had this thought that you should name your band ‘Benhur’”. It freaked me out. An hour later my sister told me “My boyfriend’s brother has been listening to your music and he told me to tell you to name your band Benhur”. I was astounded! Three signs in one day. I am not a superstitious person but I had to believe that the universe was telling me something. When I presented the name to the band the consensus was unanimous.

When did you decide that you wanted to pursue music as a career?

BH: I have always played music. During law school I found myself spending more time on music than on my studies. I played solo shows all over the city of London, Ontario. I also spent a lot of time writing and recording demos. I probably recorded close to 200 demos. One of these demos got in the hands of the L.A.-based label and production company Bunim Murray without my knowing, courtesy of my uncle. They contacted me and asked if I was interested in flying to L.A. to record some tracks. The deal never went through for a few reasons, including the fact that I wanted to finish law school. However, it was the first time that I began to seriously consider music as a career.

What would you say the major differences between Tryst and Between Flower and Hive?

BH: Lots of differences! Tryst was self mixed and recorded in my basement with an entirely different set of musicians from the current lineup. Benhur’s current sound and identity is made up the deep personal and musical connection I have with Steve Frise (lead guitar), Mateus Macedo (Drums), and Danilo Baracho (Bass). Together we make something special that we can’t reproduce on our own. We recorded the new record, “Between Flower and Hive” in a number of studios, including world-renowned Metalworks, with a highly experienced producer and mixing engineer, Ian Bodzasi (Sam Roberts, The Tea Party, Sum 41, Nelly Furtado, to name a few). Furthermore, the songs I wrote for the new record came from a different head-space. The songs are more positive, universal, and up-beat. All of these factors have led to a totally different record from Tryst.

Is there a certain musician or band that has strong influence in your music?

BH: Just one? That’s hard. Probably Radiohead. It’s not immediately obvious but some people seem to pick up on it.

What would your dream lineup to be part of for a show be?

What song on Between Flower and Hive has the most meaning to you?

BH: Blind Faith. It’s about my parents and the struggle they had to endure to be together.

When writing a song, where do you tend to gain inspiration?

BH: Sometimes from my own life, but very often from the stories that people tell me. I am blessed by the fact that people find it easy to open up to me. I get to hear a lot of interesting things that way. Sometimes these stories brew in me for months and even years and eventually they pop out in the form of a song.

What advice would you give someone just getting into the music industry?

BH: Make sure there’s little else that you love more than music. Don’t believe that you are entitled to anything. Be prepared to work really hard and to make big life sacrifices. Make sure you have very good songs and an above-average business sense. Otherwise, don’t do it.

What band would you love to perform a cover of one of your songs?

BH: Interpol. I’d be curious to see if they still sound like Interpol with one of our songs. I can never tell if it’s the writing or the band that make up their unique and recognizable sound. Obviously both, but which is more important?

Where would you love to tour?

BH: Europe. We got a small taste of South America when we played a few shows last year in Brazil. But we’ve never played in Europe. We have a following in France and the Netherlands so it would be great to connect with them through a live show.

What would your fans be surprised to know about you?

BH: Neither one of us is originally from Toronto but somehow we all met here and it has become our home.

BH: Lay Me Down. We released a video for it that is resonating with people so I would recommend searching for “Benhur Lay Me Down” on Youtube.

Thank you for your time, do you have anything you want to say to your fans?

BH: For our local fans, we will be having a CD release party at the Horseshoe on Saturday June 22. Come out and party with us!