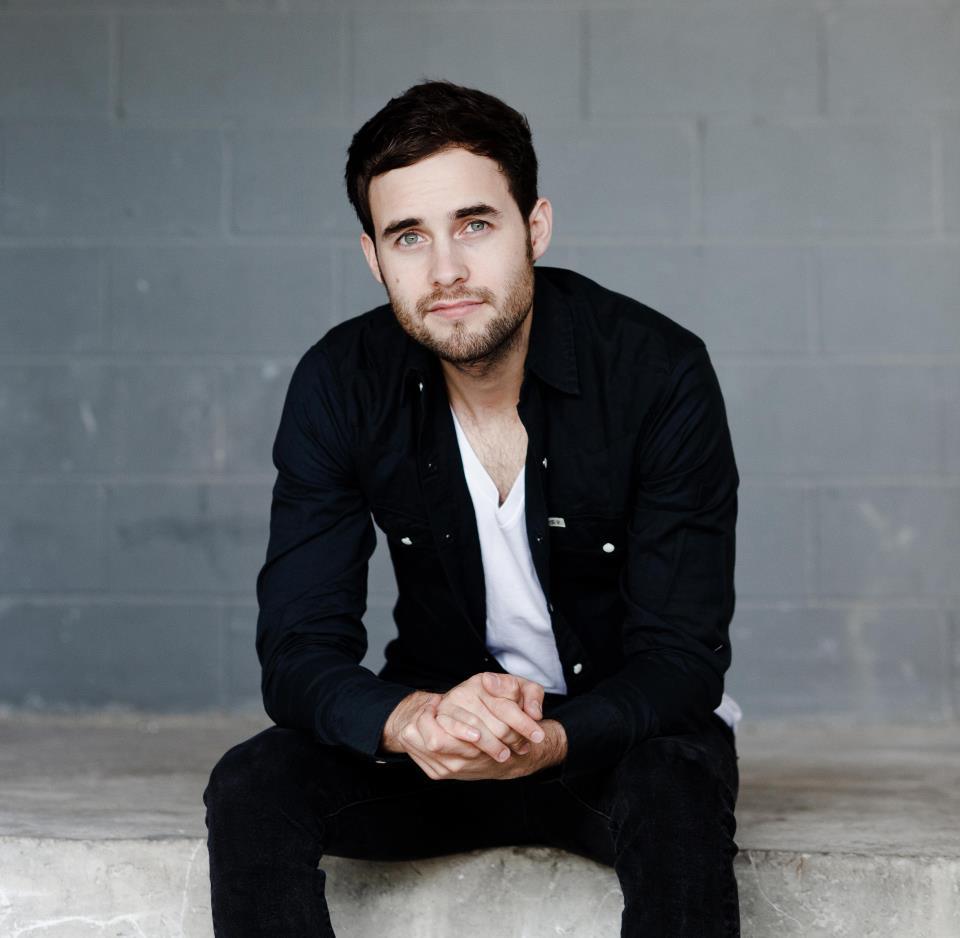 Tim Chaisson, I’m sure you’ve heard that name before, if not, it’s about time you learn it!

Tim is a pop/ folk artist from Charlottetown, PEI. He started performing when he was in primary school and continued on to songwriting as a teenager, self releasing four albums. The latest of those was “Broken Hearted Beat”, which got a lot of attention.

Since the release, Tim has been added to the roster of Bumstead Productions, been on three successful solo tours in Australia, and even hit #1 on the MuchMoreMusic Countdown!

His most recent album, The Other Side features many sides of the artist. “Bail You Out” leans more towards the rock side of things, whereas “The Healing” is an emotional acoustic journey, which leaves you wanting more.

Tim will be touring in support of his lately album well into 2013 and that will include another visit to Australia.

I’ve been given the chance to ask Tim a few questions, so here we go.

Tim, I read that you got started in music as a child, who would you say influenced you at that age to get into music?

TC: From a young age it was really a family thing so my biggest influences were my father, brothers and cousins. They played traditional music and that’s the style I heard all the time – so being a fiddle player was my main thing then. One of my brothers played bass, drums and guitar so he influenced me to try more instruments and listen to different music.

How has your songwriting changed from your first self released album, to the latest album, The Other Side”?

TC: Haha, oh geez – a lot for sure. When I put out my very first record, I was just getting into songwriting… At that time, playing the fiddle was much more comfortable for me. When I was a teenager I didn’t have any rules or guidelines, I just sang whatever came out and felt good. That’s not necessarily a bad thing but these days I spend a lot more time on the lyrics, the melodies and the structure.

What would you say is your favorite song to play live?

TC: It kind of changes all the time and depends on whether I’m playing solo, duo or with my full band. I think “Bail You Out” is one of my favorites to play with a full band… It has a lot of great harmonies and the fellas in my band are fantastic singers. Hard to beat singing your song with really nice harmonies and instrumentation on top.

You’ve been to Australia a few times, what is it like to go so far from home to perform?

TC: It’s interesting for sure… I think it takes a few trips and getting to know the Australians to really get the most out of performing. I can communicate with them and get a bit more of a connection from the stage after being here a few times. I absolutely love it here though, it’s one of those places that would make complete sense to set up shop : )

It’s also really nice to grow a bit of fan base on the other side of the world as well. I just played my first headlining show in Brisbane last night and the venue was full. A nice feeling!

Do you prefer playing with a band or on your own acoustically?

TC: There’s pros to both… It all depends on the venue too. When you’re playing a big festival stage it’s nice to have the power of a drum kit behind you to carry the song – but in a smaller venue, playing acoustic gets the intricate pieces of your songs across that may not necessarily be heard with electric guitar and drums involved.

Where is your favorite place that you’ve toured up until now in your career?

TC: There’s so many! I love touring Canada but I’d have to say touring Australia is pretty amazing. The people and way of life is pretty fascinating… And the weather is incredible : )

Is there anyone that you would like to collaborate with in the future?

TC: There’s a lot of people I’d love to collaborate with. I’m lucky that I’ve already been lucky to write and record with some artists I’ve listened to for years… But if I was shooting for the stars here I’d say Alison Krauss, Tom Petty, Sara Watkins, Kathleen Edwards – to name a few.

What is the biggest change in the music industry from when you began to now?

TC: Hmm, I’d say the obvious – the change the Internet has had. I mean, I wasn’t really around for the golden days in music before the Internet but I think even just the power of social media… I remember when Facebook first came out when I was in 1st year at UPEI. I had a show at Hunter’s Ale House and was like “I’m gonna create an event and invite my 200 friends, maybe they’ll see it rather than plastering posters around Charlottetown”. And sure enough, the place was packed with everyone I had on my friends list. That was the moment I truly understood the power of social media.

That concludes, the serious side of the interview, now for some questions that your fans might not know the answers to.

When you have down time, what would we find you doing?

TC: Well when I’m at home, I like to hang spend time with my girlfriend, friends and family because I don’t get to see them that much. I have a dog, Ollie, who I very much enjoy taking to the park and running around with him : ) I’m also a fan of a few TV shows at the moment… The Walking Dead, 30 Rock, The Following.

When I’m on the road, I like to use the down time to write or read a good book. I’m reading a book right now called “Songwriters on Songwriting” and it’s pretty amazing.

TC: The first album I ever bought and have bought a few times since then is “Hi, How Are You Today” by Ashley MacIsaac. I think it’s a classic record that broke a lot of barriers between traditional and contemporary fiddle music.

Around the same time I also bought a CD for my Mom and Dad called “Pure 70’s” that had all the 70’s hits. In the end, I was the one who listened to it constantly. That’s when I discovered “More Than A Feeling” by Boston. I used to be obsessed with that song haha, and I still love it.

What is one thing that would surprise people to find out about you?

TC: Haha, hmmm – Well I was talking to my Australian friend this morning about my sleepwalking habits. I have so many random sleepwalking stories that kinda scare people. Hopefully someday I’ll grow out of it!

What song (other than your own) speaks to you?

TC: I always really admired the songwriting in “Won’t Back Down” by Tom Petty. When I listen to it I always get a little push to keep on truckin’.

Besides music, do you have any other hidden talents?

TC: I can juggle a soccer ball for a pretty long time haha. Growing up in Bear River, if we weren’t playing music, we were outside in the field playing soccer and juggling. We’d do it all day long for some reason. I’m also pretty good at flicking beer caps long distances ; )

Would you like to say anything to your fans?

TC: Well, I’m very appreciative and never take for granted the fact that someone enjoys my music and is willing to buy a ticket to a show. So, thank you very much for the support. It sounds cliche but if it wasn’t for the music lovers, than my job wouldn’t exist!