Home / Interviews / Interview with Grant Walker from Halfway to Hollywood

Interview with Grant Walker from Halfway to Hollywood 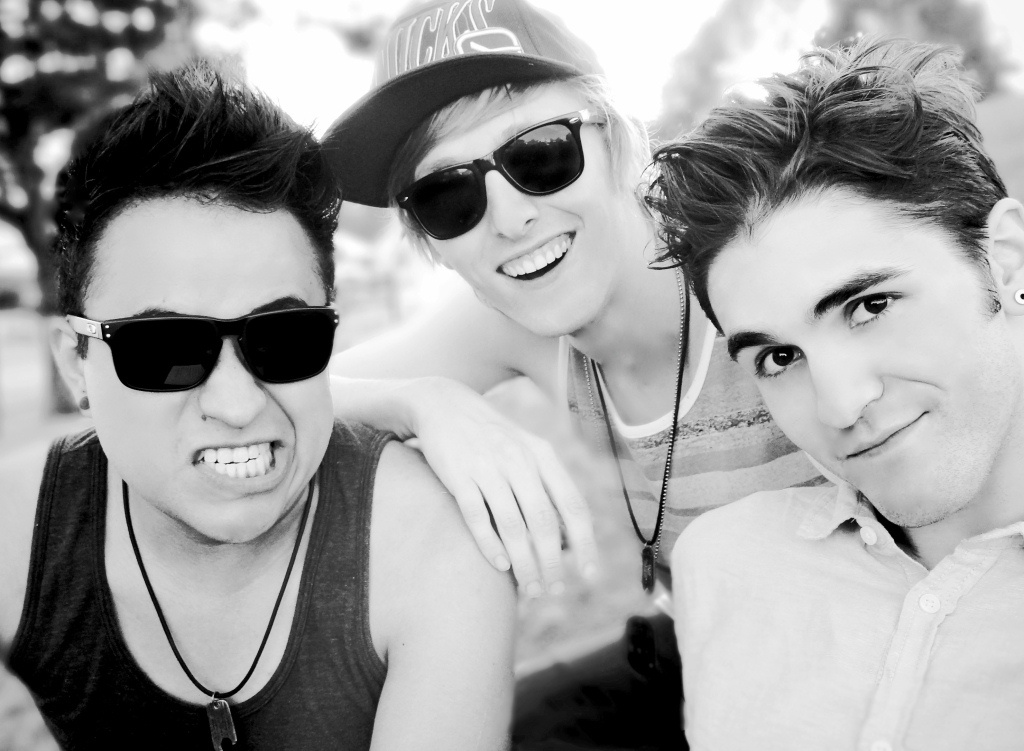 They released their second EP on iTunes on March 1, 2013, “Party Like It’s Prom Night”. I bought it and have been addicted to it ever since!

The EP features five songs, as well as an acoustic version of one of the songs. The title track, Party Like it’s prom night really gets you in the mood to just get up and have fun!

Green lights, the second song on the EP, is yet another upbeat track that you just can’t help singing along to. The band has recently released a video for Green Lights and when you watch it, you will see just how much fun this band is having on their journey!

I must say the song that got me completely entranced with this band, is the acoustic version of “Unbelievable”. It’s a sweet and sappy song about love, comparing the lucky lady to a beauty queen and stating she’s even better than ice cream. What girl wouldn’t swoon over this!

I contacted Grant Walker, the lead singer of the band, and he agreed to a virtual interview!

Let’s start with a little background, shall we!

How did the band get together?

GW:  After meeting at school, Brenden I had been jamming for a while in some not-so-serious bands and eventually started writing songs.  We wanted to make a band influenced by some of our favourites: The Friday Night Boys, Boys Like Girls and Marianas Trench.  We eventually found our own unique sound which you can hear on our new EP.

How did you come up with the name, Halfway to Hollywood?

GW:  When we were recording our first demo’s Brenden and I would sometimes jokingly say ‘we’re halfway to Hollywood now!’ anytime we finished tracking a part or whatever.  After considering a ton of different names we eventually realized the perfect name had been right under our noses the whole time!  I like it because I think it implies optimism and moving forward.

The EP, Party like it’s prom night, really makes you want to get up and dance. Was that the goal when you were putting together the track list?

GW:  I can’t say we were aiming to make a ‘dance’ record, but we were definitely going for a party vibe, so I’m glad that comes through.

In the video for Green Lights, it really shows how much fun you guys are having on your musical journey, what has been the most memorable part of your music career, up until now?

GW:  I think hearing our fans sing back the lyrics to our song ‘Speechless’ at one our first shows was a real milestone for me.  Hearing everybody sing along with us is still one of my favourite parts of our live show.

You recently played a show with Fighting for Ithaca, Green Tree & This Side of Town, what bands would you love to tour with in the future?

GW:  That’s a tough one because there’s so much talent in the Canadian music scene.  I can think of a few bands but I’d for sure love to play some more dates with FFI sometime soon!

What is your favorite song to play live off of Party like it’s Prom Night?

GW:  I love playing Green Lights because its so upbeat and high-energy, but I also love singing Somebody to Someone…so I’d have to say it’s a tie between those two.

If someone were to ask you what role Social Media has in the music industry, what would your short answer be?

GW:  A big one!  It’s an awesome tool, both for keeping in contact with your existing fans as well as reaching out and meeting  potential new ones

Now that we have the background covered, it’s time for a few random questions.

What is a song that you love to cover?

GW:   This tour we’ve been playing ‘Dance Forever’ by Allstar Weekend most nights.  I love playing that song because it’s one of the songs Brenden and I would jam on when we were first forming the band.  It’s really cool to play it and think of how far we’ve come since then.

What song makes YOU want to get up and dance?

NOW, quick answers, this or that!

GW:  Movies, when I can find time to sit through a whole one!

GW:  Night-time is the right-time

And last but definately not least:

GW:  Thanks so much for all the support and for sticking with us no matter what! I promise we’ll keep working as hard as we can for you.